Discover the Gulfstream G650 business jet - the ultra-large-cabin, ultra-high performance flagship of the Gulfstream fleet with more range and speed.

Discover the Gulfstream G650 business jet - the ultra-large-cabin, ultra-high performance flagship of the Gulfstream fleet with more range and speed. 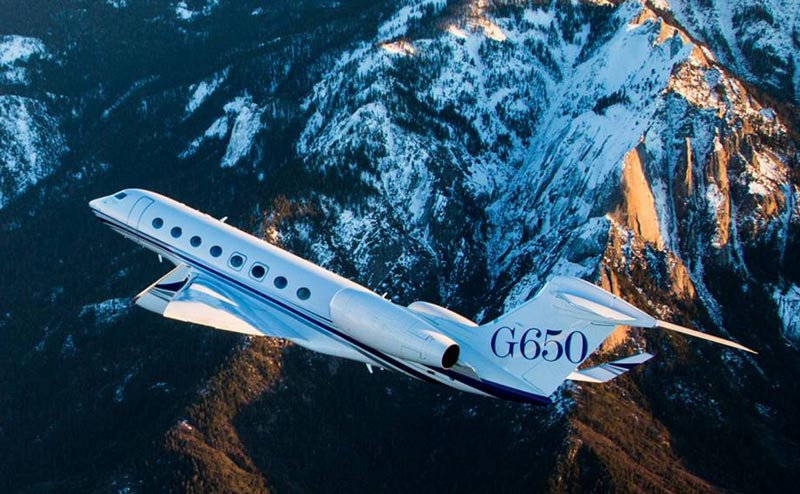 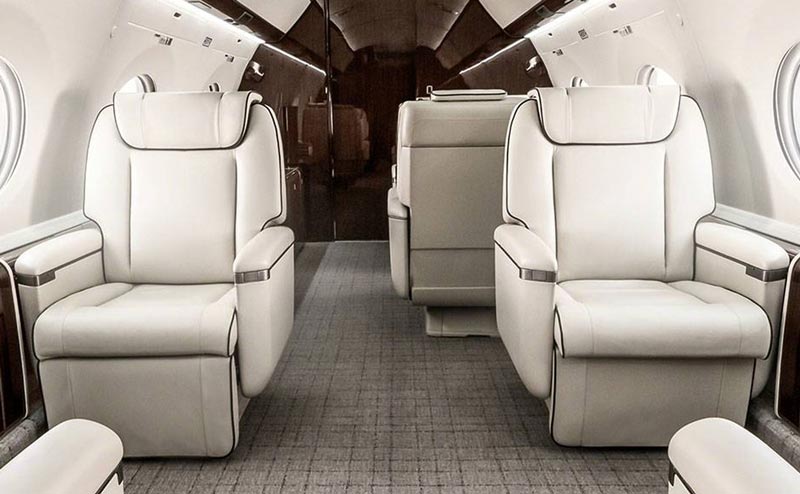 The average hourly rental rate of the Gulfstream G650 is around 10,350 USD per hour.

More about the Gulfstream G650

The Gulfstream G650 project was first launched in 2005, and the concept was first introduced to the public in 2008. Gulfstream executives stated that the G650 would be the largest and fastest business jet on entry to the market. Over the next few years, the design was tested and perfected, and in September of 2012, the G650 received type certification from the Federal Aviation Administration. The Gulfstream G650’s design features many upgrades and improvements, such as its unfettered wing design, featuring a highly efficient airfoil that reduces drag while increasing speed and range capabilities, allowing for both higher cruise speeds and a smoother flight. Amenities featured on this aircraft include a forward or aft galley, forward and aft lavatories, and flexible cabin design.

The Gulfstream G650’s design features a highly efficient airfoil that reduces drag while increasing speed and range capabilities, allowing for both higher cruise speeds and a smoother flight.

With a range of 7000 nautical miles and a top speed of 610 mph, the G650, is truly in a class all by itself. This high-flying aircraft is also in high demand. With a price tag of $65 million USD, wait time from order to delivery is 4+ years. Entering charter service in 2013, there are currently a handful of G650s available for charter in North America, Europe, Asia, and Australia/New Zealand.

24/7 customer service is there for you

Key Features of the Gulfstream G650

The roomy cabin of the G650 measures 46.83 feet in length, reaches 6.42 feet in height, and stretches 8.5 feet in width, allowing for a total cabin volume of 2,138 cubic feet. The cabin of the Gulfstream G650 features both sleeping and seating configurations. For maximum passenger accommodation, the cabin of this private business jet can be arranged to seat as many as nineteen. In a maximum sleeping passenger arrangement, the cabin may be configured to accommodate ten passengers. The baggage compartment allows for 195 cubic feet of luggage storage, providing plenty of room to accommodate your passenger’s needs. Sixteen 28 inches by 20.5 inches Gulfstream signature windows surround the cabin, providing an airy atmosphere that is perfect for business or relaxation.

At a cruising altitude of 41,000 feet, the Gulfstream G650 is capable of maintaining a cabin altitude of just 3,000 feet. In addition to this impressive capability, this private business jet replenishes 100 percent fresh air every two minutes for passenger comfort.

In addition to the extra-large oval windows, the G650 includes such luxurious amenities such as extra-high air pressure to ease jet lag, and polished wood tables and trim.

The G650 also provides the latest in in-cabin technology. The touch-control entertainment system features a BluRay/DVD/CD player, two large HD LCD monitors, and a stereo speaker system. With the G650 cabin control app, downloadable from the Apple iTunes store, passengers can control cabin features such as shades and temperature, as well as being able to get flight information such as flight time remaining and outside temperature.

The G650’s environmental control system delivers extra-high pressure air. This allows passengers to feel as if they are breathing air at no more than 4,000 feet, versus the 8,000 feet of a typical business jet cabin. This results in passengers feeling less tired after flights and arriving at their destination refreshed, mentally alert, and ready to conquer the world. The G650’s quiet cabin interior allows for productive conversations and business meetings.

Capabilities of the Gulfstream G650

The Gulfstream G650 is powered by two Rolls-Royce BR725 A1-12 engines. Each engine is rated for 16,900 pounds of takeoff thrust. The range of the G650 spans an impressive 7,000 nautical miles, allowing for many destination options for your business venture. With a maximum certified altitude of 51,000 feet, the G650 is capable of delivering you to your destination while flying above most aviation traffic.

The avionics suite utilized on the G650 is the Gulfstream PlaneView II. Incorporated in this system is a nose-mounted IR camera, which is part of Gulfstream’s Enhanced Vision System (EVS), allowing the pilots better visibility of airport conditions and terrain in low visibility conditions. This EVS system can be routed to a heads up display (HUD), allowing the pilot to view data on a transparent screen without looking down at the instruments. The Synthetic Vision system takes three-dimensional color images of terrain, obstacles, and the runway environment by utilizing the instrument readings on the primary flight display (PFD), allowing the pilot to much more easily visualize both potential obstructions and landing approaches. Additionally, Gulfstream outfitted the G650 with a redundant computer-controlled fly by wire system. This system provides small adjustment inputs, allowing for a smoother flight and more enjoyable experience for passengers.

With a top speed of 610 mph (Mach 0.925), 41,000-51,000 cruise altitude, and an impressive range 7000 nm range, the G650 can fly non-stop on such routes as New York to Dubai, London to Buenos Aires, New York to Beijing, Los Angeles to London, or Tokyo to Los Angeles. Even with these impressive performance figures, the amenity-laden cabin may be where this speedy bird really shines. In G650’s currently available for charter, the roomy cabin accommodates between 13-16 passengers in handcrafted, swiveling, fully-reclining leather seats with footrests. In addition to the extra-large oval windows, the G650 includes such luxurious amenities such as extra-high air pressure to ease jet lag, and polished wood tables and trim. The G650 cabin is longer, taller and wider than any other aircraft’s cabin in its class.

Back to all Ultra Long Range Jets